with horseradish and apple

with anchovies of Cantabric and fruit of capers 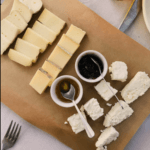 Chopping Board Piacenza and Bergamo€ 16,00

A selection of delicious ONLY COLD CUTS from the Bergamo, Parma and Piacenza regions
Right for 2 people

topped with tomato or oil
(1)

with crudités of shrimp lime marinated and the Mediterranean tuna bottarga

with aubergines, tomatoes and Parmigiano Reggiano.

with reduction of red sicily wine Syrah and baked potatoes

A big mixed salad with tomato, carrot and cucumber

on walnuts and hazelnuts crumble and maple syrup 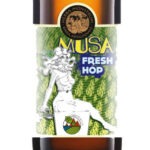 Goldon Ale – 5° – IBU 22
Fresh hop produced with hops at Km0 cultivated in the Galbiate hills from LupoLecco.
Fresh and thirst quenching, very balanced and pleasant. The floral notes of the hop does not affect the scent of malt.
The fine and velvety foam, the dry and elegant body with the finally fruity final give this beer a great drink. The base of this Fresh Hop and our great classic muse but hopper in the aromatic part with mountain hops. 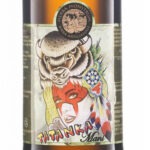 Beer characterized by a single hop, Simcoe hops, coming from the Yakima Valley. Used in repeated infusions, from the beginning of boiling up to the Whirlpool and still in dry hopping: a true protagonist.
Almost orange color and compact and persistent foam, presents an intense aroma of resins and tropical fruit, with a good body and a firm bitter but not too persistent.
With its 7,7 ° dangerously hidden by an intense aroma of Simcoe, it is powerful as a herd of bison and brings closer to heaven, it causes mystical visions: a great spirit. 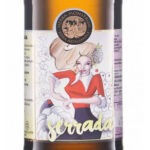 A Blonde Ale with juniper berries and elderflower. Straw yellow, bright, with white and fine foam. Perfume of malt, flowers and freshly cut mountain meadow. Refreshing and floral, elegant and delicate from the balanced final. Serrada Blonde Ale is a simple, warm and enveloping beer that lets you know in a hurry. Bring the name that the Spaniards gave Monte Resegone, a giant that overlooks Lecco, to which it is dedicated.

in vetro / in glass bottle

in vetro / in glass bottle